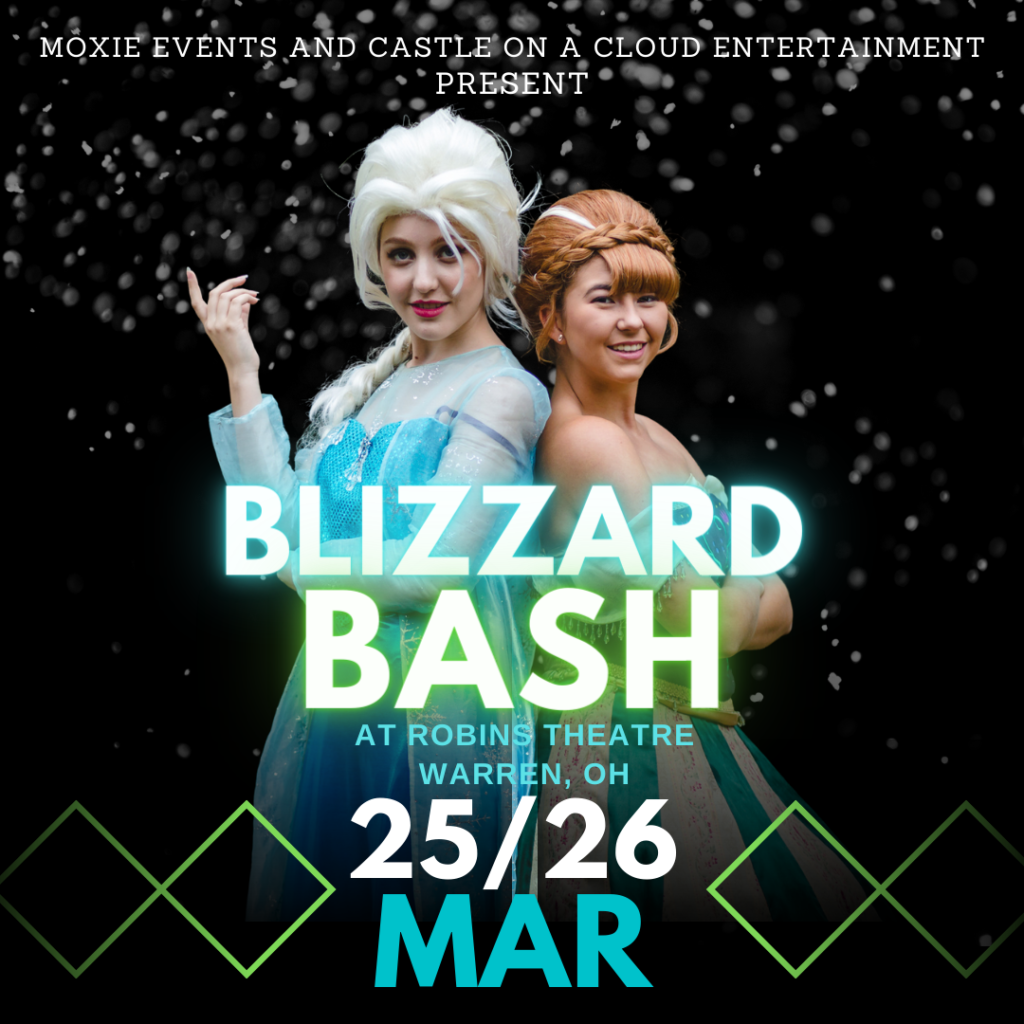 Let it go! Castle on a Cloud Entertainment presents "Blizzard Bash" with the Snow Sisters at the Robins Theatre in downtown Warren, Ohio on Saturday, March 25 and Sunday, March 26, 2023 at 2 p.m. Doors will open at 12:30 p.m.

Join us for this magical experience, featuring a theatrical pre-show performance with your favorite Snow characters, followed by the movie, FROZEN. The Blizzard Bash is an experience your family will never forget, transforming the Robins Theatre into a snowy wonderland, and the once in a lifetime experience to meet and take photos with your favorite characters!

Tickets will cost $22.50 plus applicable fees and a Magical Goody bag is available for $17.50

Tickets will go on sale on Friday, January 20, 2023 at 10 a.m. Tickets will be available for purchase at www.robinstheatre.com and at the Robins Theatre Box Office located at 160 E. Market St., Warren, Ohio.

The Box Office is open Wednesday through Friday from 10 a.m. until 4 p.m.

Frozen is a 2013 American computer-animated musical fantasy film produced by Walt Disney Animation Studios and released by Walt Disney Pictures. The 53rd Disney animated feature film, it is inspired by Hans Christian Andersen's 1844 fairy tale ‘The Snow Queen.’ The film was directed by Chris Buck and Jennifer Lee. It stars the voices of Kristen Bell, Idina Menzel, Josh Gad, Jonathan Groff and Santino Fontana. Frozen tells the story of Princess Anna as she teams up with an iceman, his reindeer, and a snowman to find her estranged sister Elsa, whose icy powers have inadvertently trapped their kingdom in eternal winter.

A "Goodie Bag" is available for purchase separately.