The Robins Theatre was commissioned by Daniel Robins, who was an early partner of Abraham Warner of the famed Warner Brothers. It was designed by C. Howard Crane and I. J. Goldston and constructed by the Charles Shutrump and Sons Company of Youngstown, Ohio. It was built in 1922 at a cost of $300,000.The exterior of the building is in the Italian Renaissance style, while the theatre is Adam Style with Vermont marble columns, grand staircases, and ornate walls and ceilings.

The Robins Theatre opened to a full house on January 9, 1923. The stage was once used for vaudeville productions and could be converted from screening motion pictures to presenting live theatre performances in 24 hours. It remained in continuous operation until 1974, when the doors were permanently closed. By 2017, the theatre remained almost completely original, however, more than thirty years of vacancy had taken its toll.

In December of 2017, the Robins Theatre was purchased by Downtown Development Group (DDG), which committed to restoring the theatre in two years with as much historical accuracy as possible. The restored theatre is equipped to accommodate concerts, stage shows and film screenings. The Robins Theatre is managed by Sunrise Entertainment, which presents nationally recognized musicians in concert, musicals, comedians and community theater as well as the River Rock at the Amp summer concert series at the Warren Community Amphitheatre. 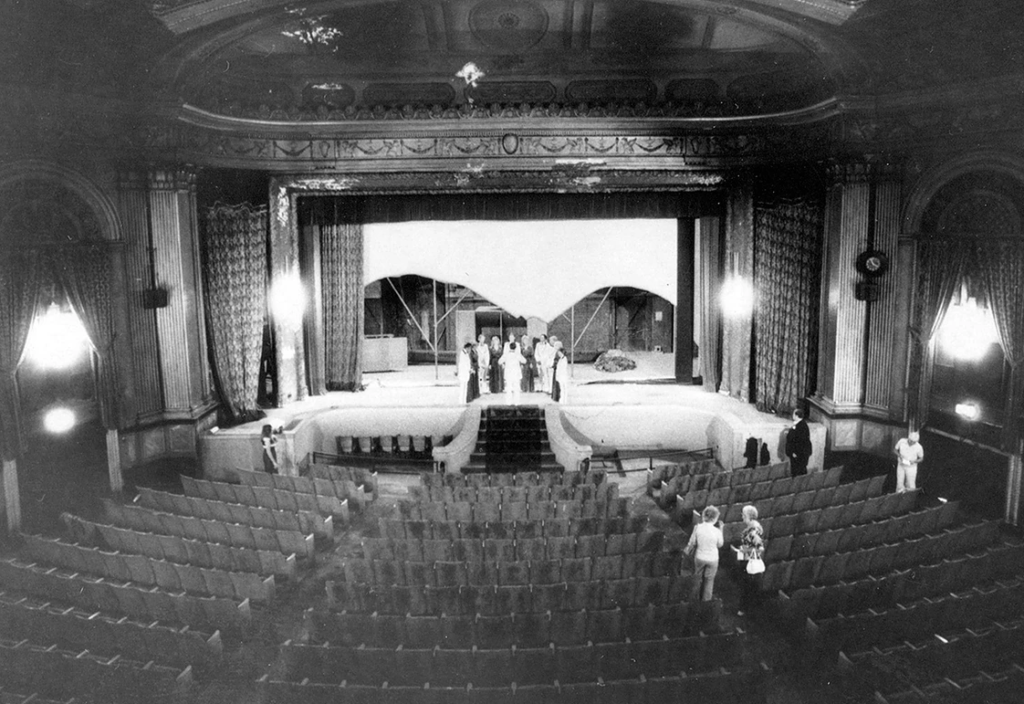 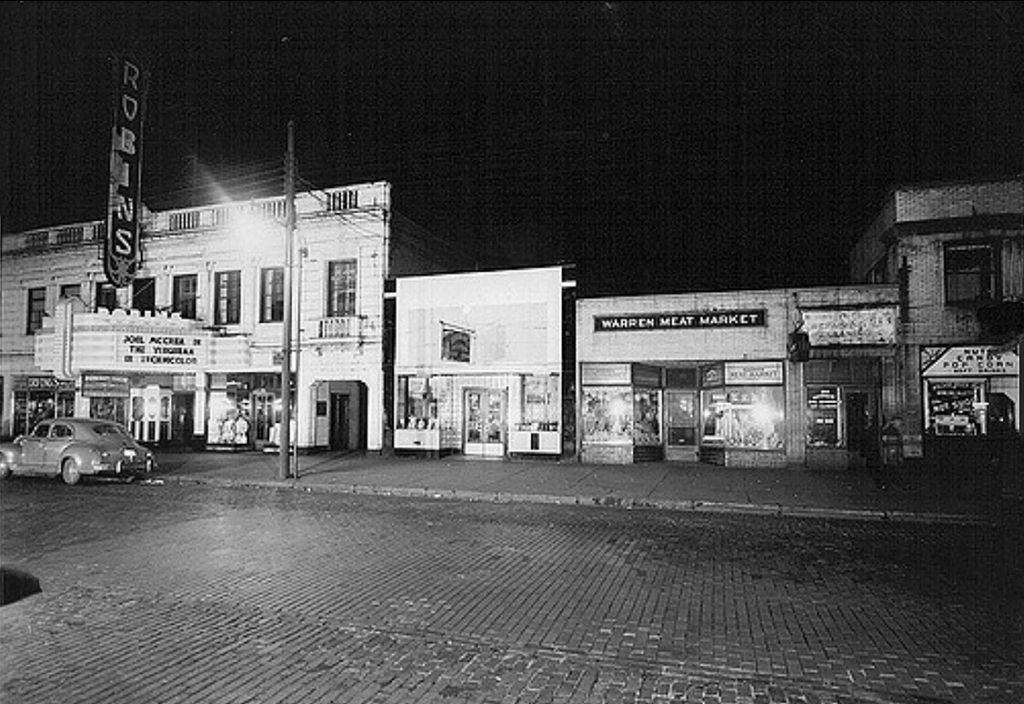 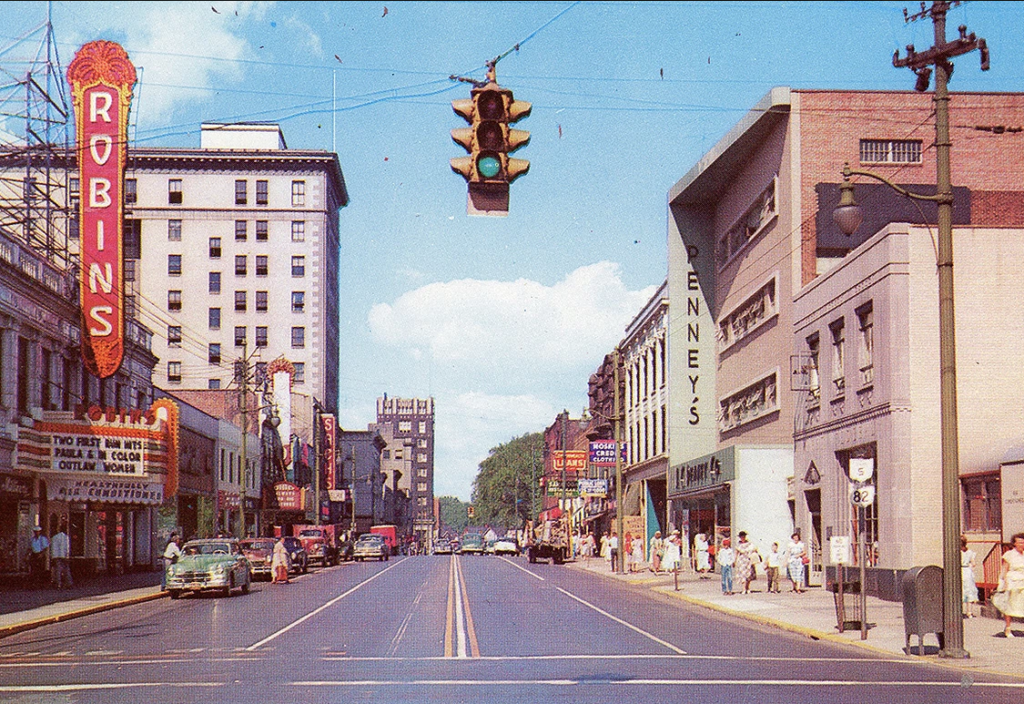 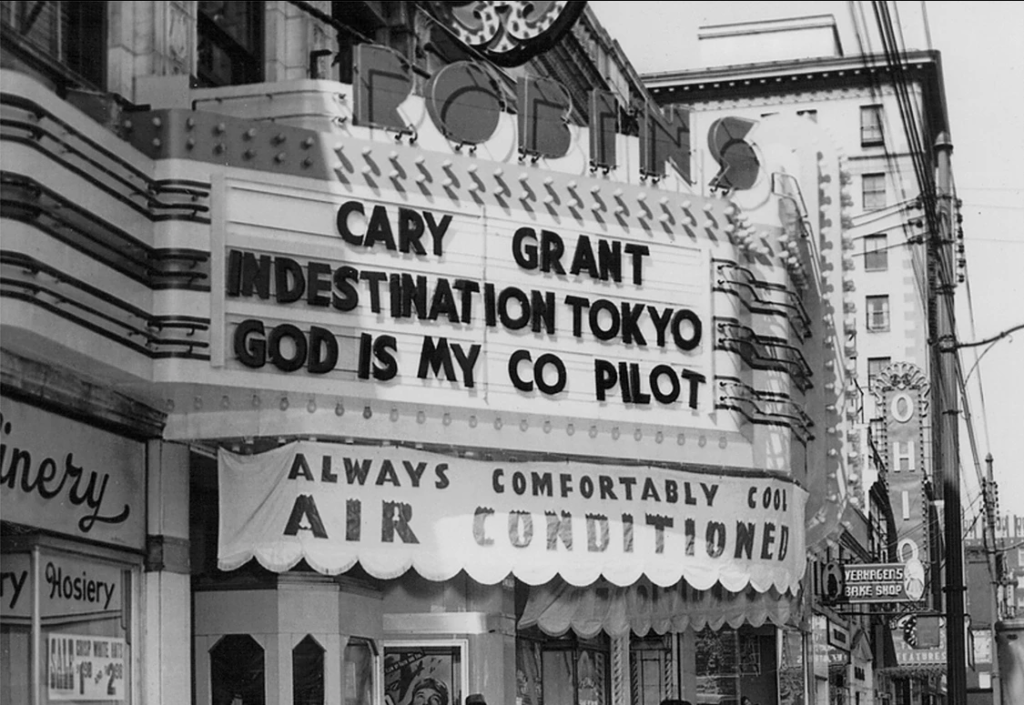 The Robins Theatre is located at

The restored Robins Theatre is ready to embrace an exciting future as an entertainment venue for concerts, film screenings, theatrical productions, comedians, lectures and many other special events. For more information, please email booking@robinstheatre.com.

For patrons with limited mobility, the best drop-off location is directly in front of the theatre at 160 East Market Street. There are no steps to enter the building, the lobby or the Main Floor seating areas where wheelchair accessible seats and seats without stairs are available. There is a wheelchair accessible restroom available in the main theatre area directly under the west staircase. Accessible parking spaces are available on a first come, first served basis in the Galleria parking lot on the west side adjacent to the theatre. Valet parking is also available.

Patrons who wish to purchase seats for special needs or need more information, should call the Box Office at 234.437.6246

The second floor lobby, Mezzanine and Balcony are reached via stairs; there is no elevator or lift access to these areas.

As the theatre event calendar allows, the theatre may be available for public and private rentals or group tours. The Robins Theatre is able to host a variety of events including performances, lectures, conferences, competitions, benefits, recitals, movie screenings and more. For inquiries contact the Box Office at 234.437.6246.

Buy your tickets ONLY from the Robins Theatre Box Office, at RobinsTheatre.com or by phone at 1-800-514-3849. We cannot guarantee price, authenticity or admittance for tickets purchased elsewhere and we cannot issue replacement tickets if they are lost. Help us keep ticket prices affordable and fair for all.

Friends of the Robins Theatre Membership